On April 23, 1910, Theodore Roosevelt gave a speech in Paris entitled "Citizenship In a Republic". You probably aren't famliar with entire speech, but you're likely heard an exerpt of it. This passage is titled "The Man in the Arena". It goes as follows: "It is not the critic who counts; not the man who points out how the strong man stumbles, or where the doer of deeds could have done them better. The credit belongs to the man who is actually in the arena, whose face is marred by dust and sweat and blood; who strives valiantly; who errs, who comes short again and again, because there is no effort without error and shortcoming; but who does actually strive to do the deeds; who knows great enthusiasms, the great devotions; who spends himself in a worthy cause; who at the best knows in the end the triumph of high achievement, and who at the worst, if he fails, at least fails while daring greatly, so that his place shall never be with those cold and timid souls who neither know victory nor defeat."


I've always liked this quote. I've had a framed hand-written version of it hung on my apartment, office, or home office wall for years now as I've seen it as a good reminder of the importance of hard work and resilience.

Something recently occurred me, however, which is that this passage applies just as well with my work. I'm fortunate enough to work in an environment where my face is not "marred by dust and sweat and blood" but it doesn't mean that there aren't lessons to take from The Man in the Arena.
If you're involved in creating products, particularly if you work at a startup, you know that every day is a test of devotion and resilience. Sure, it's not threat of pain or test of physical endurance, and frankly, the challenge of technology product development is fun if it's your passion. However, that doesn't mean that it's not a measure of continued dedication towards a cause in the face of competition, doubt, and disappointment.

We work in the unknown. We create solutions that we believe will solve important problems when they go to market. We create products that we hope people will want, buy, or need. We aim to make people's lives better. We walk into our offices and start up our computers every day knowing that the ideas and decisions that follow could be the different between success and failure. 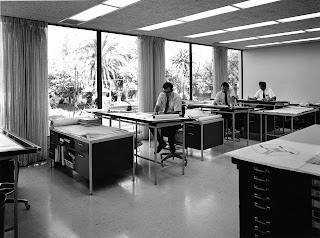 With that, I want to give credit to those who push the ideas forward. I'm talking about any person in any role who has the will to put new ideas out there. Credit goes to the whiteboard sketches, the "programmer art" in MS Paint, as well as the pixel-perfect UI mockup. Credit belongs to the people who are willing to put their reputation on the line, to potentially be proven wrong, by putting new ideas into the world. Credit belongs to the person who steps up to the board and says "what if we did it this way instead?".


Everyone in the startup world knows the importance of prototyping ideas, of experimentation and design iteration, and changing course when defeat is apparent. Ideas are the fuel that powers this engine. We need more people pushing forward and less pushing back. Pushing forward, learning and adjusting course will always win out over over-planning and early negativism. Of course, we need planning, we need decision-making, and most importantly, we need the "doing" that gets things done. This is all a given. And true, we also need some critique - a good measure of skepticism - but too often this becomes the norm in organizations. This is just people playing it safe and protecting themselves from their fears. It's easy to sit back, to never risk ridicule or reputation, by always pointing out the faults and risks of the work of others. An organization overrun with critics is one where new ideas are welcomed with pessimism and disdain. The result is that the ideas stop coming and the "timid" company pushes forward without knowing "victory nor defeat". I've worked in an organization like this and I can assure you that's a safe but unmotivating existence.